A teaching trip to Toungoo

One of our clients, recently went out on a short volunteering post to Toungoo, the ancient capital of Burma, teaching English to the students and teachers there. When Mark explained what he planned to do when he was out there, we felt it was only right to do our bit so we donated some learning materials such as books, writing paper, pencils and pens, which Mark distributed to three different schools during his 14 days there. We were intrigued about his trip so asked him all about it.

How did you come about signing up to volunteer as a teacher in Toungoo?

A friend of mine, Debbie, who I met through working in Hong Kong, sings in the choir at Saint John’s Cathedral in Hong Kong. A few years ago, there was an Anglican “convention” in Hong Kong where Bishop John from the Diocese of Toungoo met the Dean of St John’s Cathedral. The two groups worked together over the years, Debbie raised over £10k with St John’s contributing a further £5k to help renovate and old building and turn it into Leiktho Hostel, for 20 students, from ages 11-15 to give them a place to live in so that they could attend school. The students left their families, from villages in the area, some up to 30 miles away in order to get an education, something the majority of children in the UK very much take for granted.

Debbie asked if I would like to join her on her trip out to Toungoo this year to teach students and teachers in the area. The Leiktho Hostel only has electricity supplied to it from 6.30pm to 10.00pm so this proved a challenge at times and gives perspective to our lives in the UK. Debbie & I were the first Westerners the students had ever had the chance to meet so we were very much a novelty to them!

It was a 13 hour flight from Manchester to Yangon in Myanmar. We then had a 5 hour car journey to the town of Toungoo, where we started to get a feel for the Country. 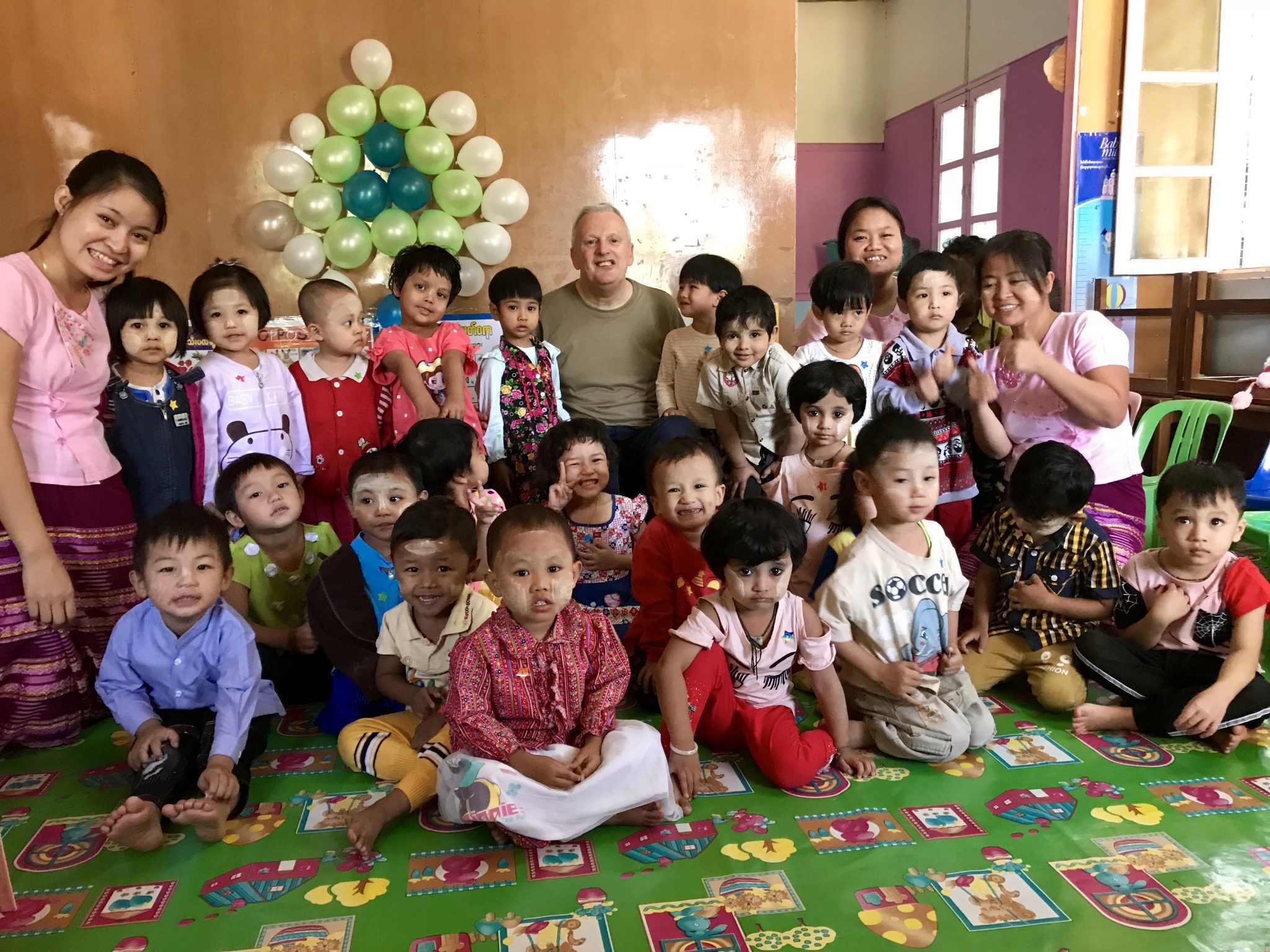 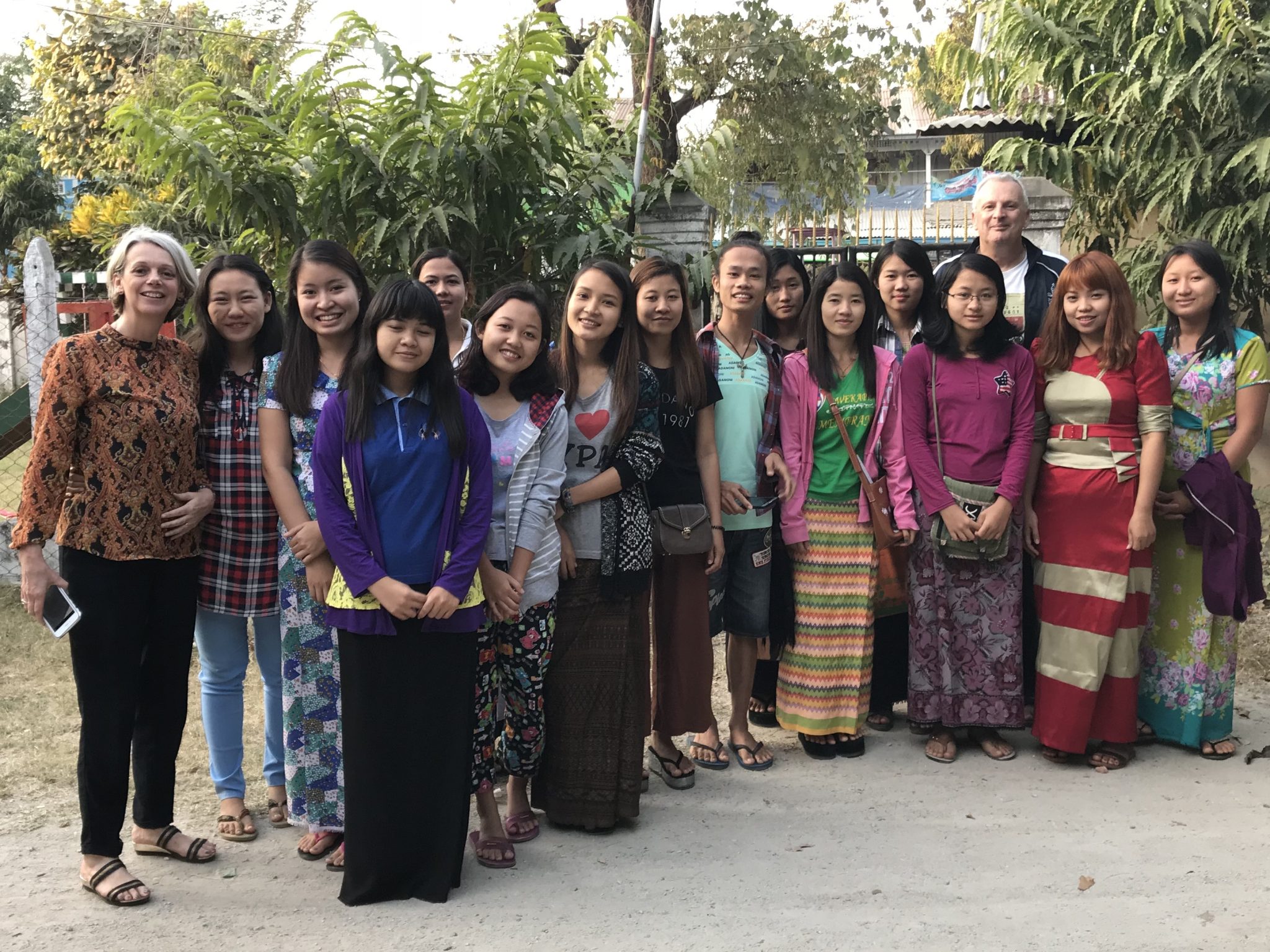 What ages were you teaching?

We also taught the teachers in the afternoons for 90 min lessons.

People were very keen to learn, hence all the lessons but they were also very shy so it was sometimes challenging to entice them to speak out and interact in group excercises.

what did you teach the children and teachers

In 1966 when the military took control of the Country, English was no longer taught in schools. It was gradually re introduced into the curriculum for 45 mins per week from 2010 and then more formally in 2012. A whole generation missed out on learning English so sometimes the little ones knew more English than their parents.

Our job was to teach the children how to greet people e.g, “How are you?” and how to respond e.g. “I’m fine, thank you”. We also taught the alphabet, numbers, colours, days, dates and all about types of clothes that people wear.

We taught the teachers a real variety of subjects, mainly concentrating on Grammar and Pronunciation. We also demonstrated how to write letters. We taught UK flags, seasons of the year, occupations and things that you would buy when you go shopping, what you would see when you visit a zoo and much more. 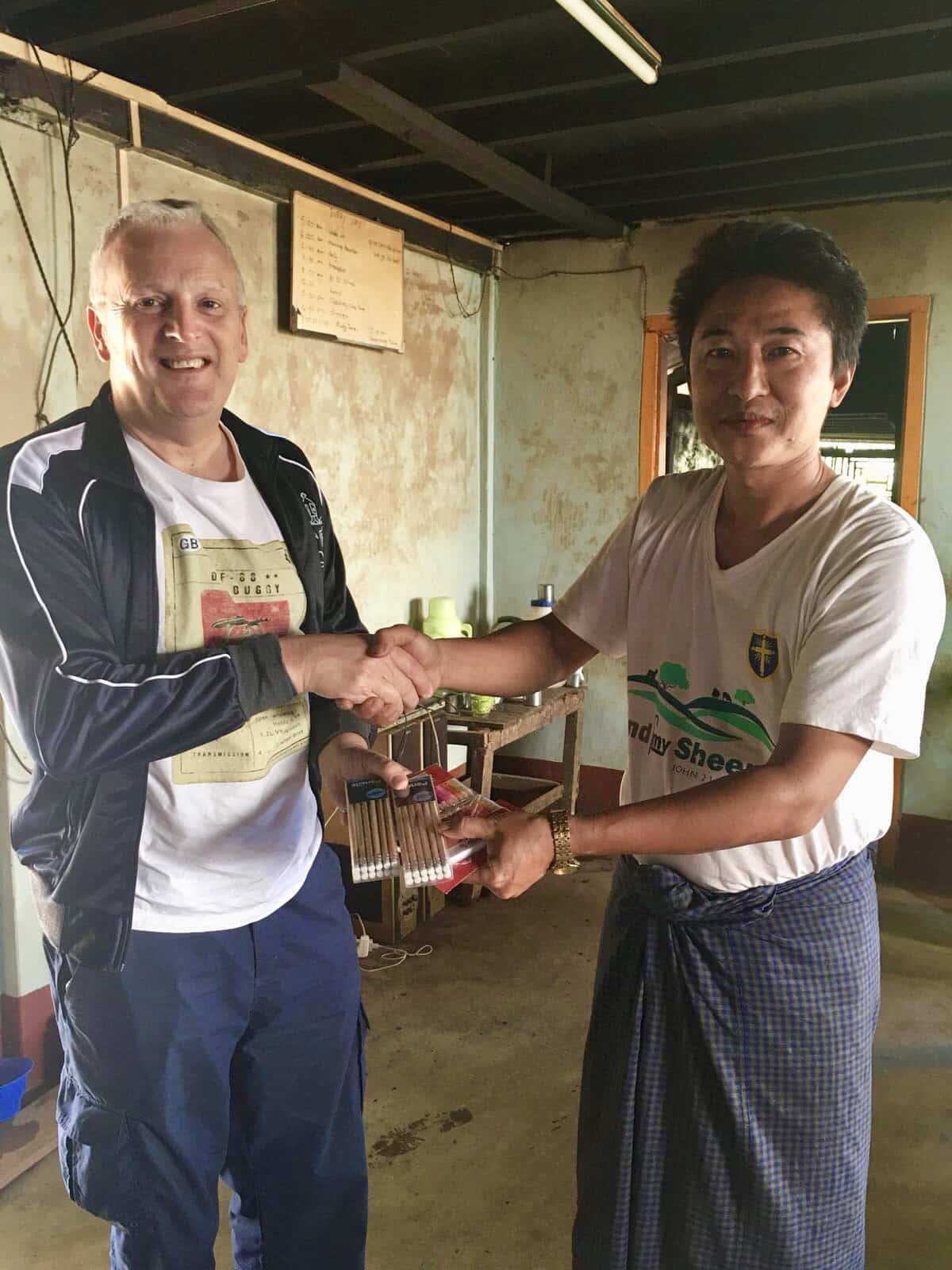 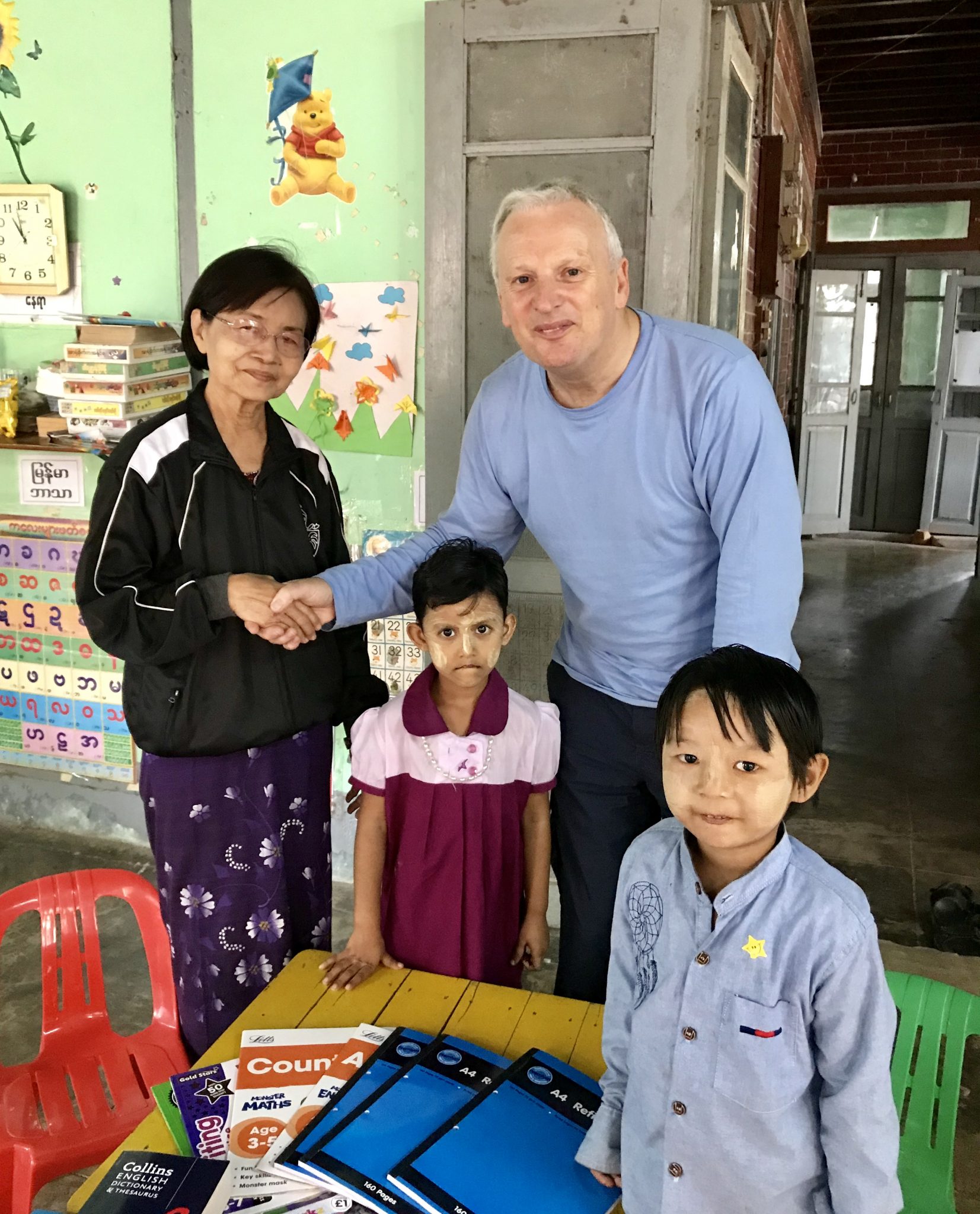 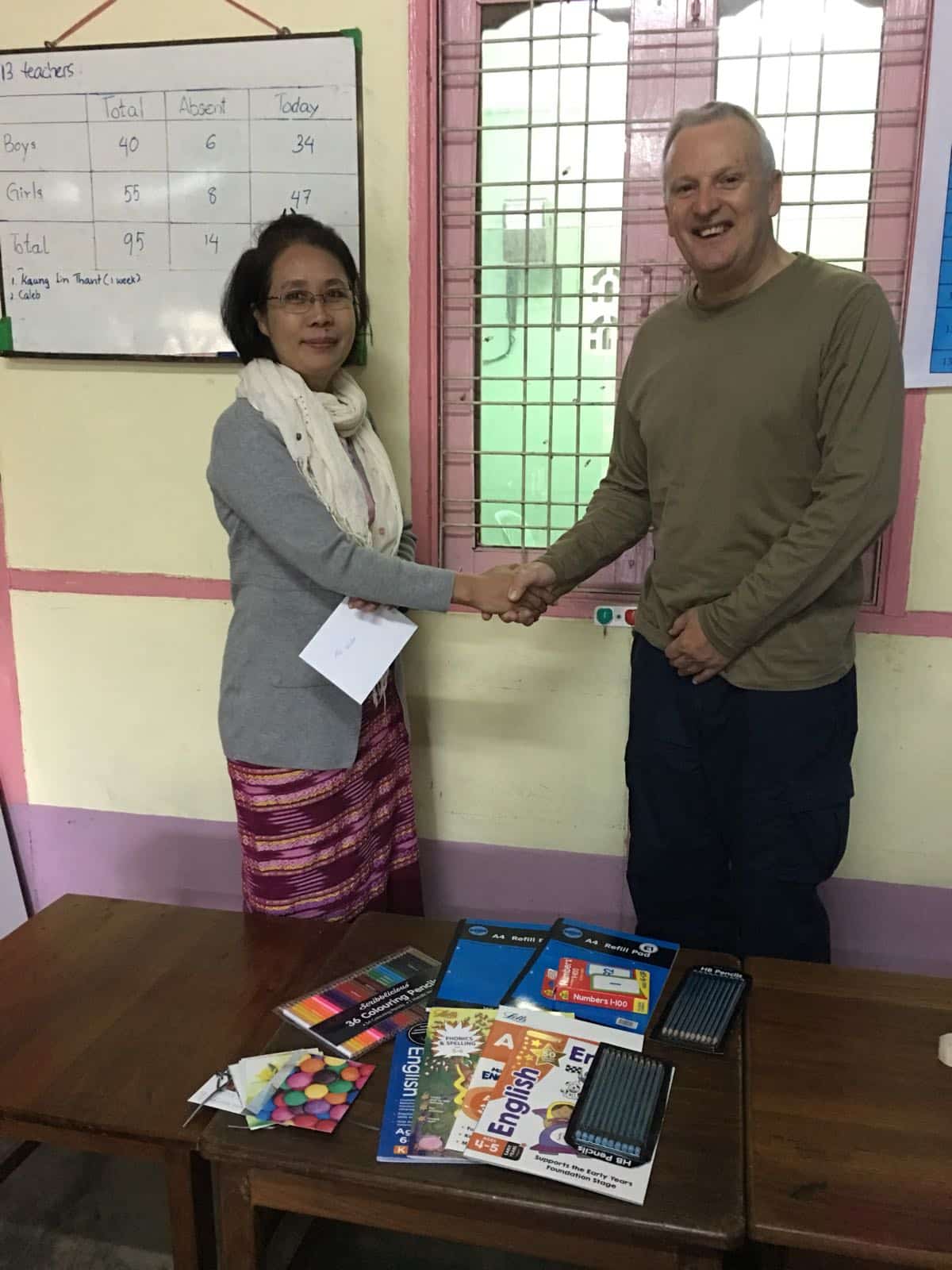 What does a school day in Toungoo look like?

There were long days of education at the schools. Most days we were at school at 9.15am and finished about 8.00pm. We were taken to school by moped. There were lots of stray dogs wandering the streets and random cows would just walk the streets and eat grass. A different world to the one we are used to!

What food did you eat whilst you were in Toungoo?

The food was fairly basic. It tended to be rice or noodles with pork, beef, chicken, prawns or other types of fish & vegetables, which were all served cold. There was not much access to refrigeration so milk was usually powdered. There was also a lot of power cuts, usually around lunch time, when it was around 34 degrees so nothing would stay well refrigerated for very long!

What were your main learnings from the trip?

People are very happy with what they have. They are not very aware of what life is like elsewhere in the world, with their knowledge about anywhere outside Myanmar being fairly limited.

As expected, Wi-fi was very hit and miss. Despite this, Facebook was hugely popular, with everyone having a page and hundreds of friends. It was their main insight into the outside world.

When the adults were asked where they would like to travel to, some said Mandalay in Myanmar. Others said South Korea or China which was an eye opener.

The people there have solid values, something which is sometimes lost in Western Society.
The motto of Bishop John was “Feed my Sheep” This basically means that you should be kind, welcoming and always share with friends family and strangers

Mark would love to do something like this again, helping people less fortunate than ourselves. 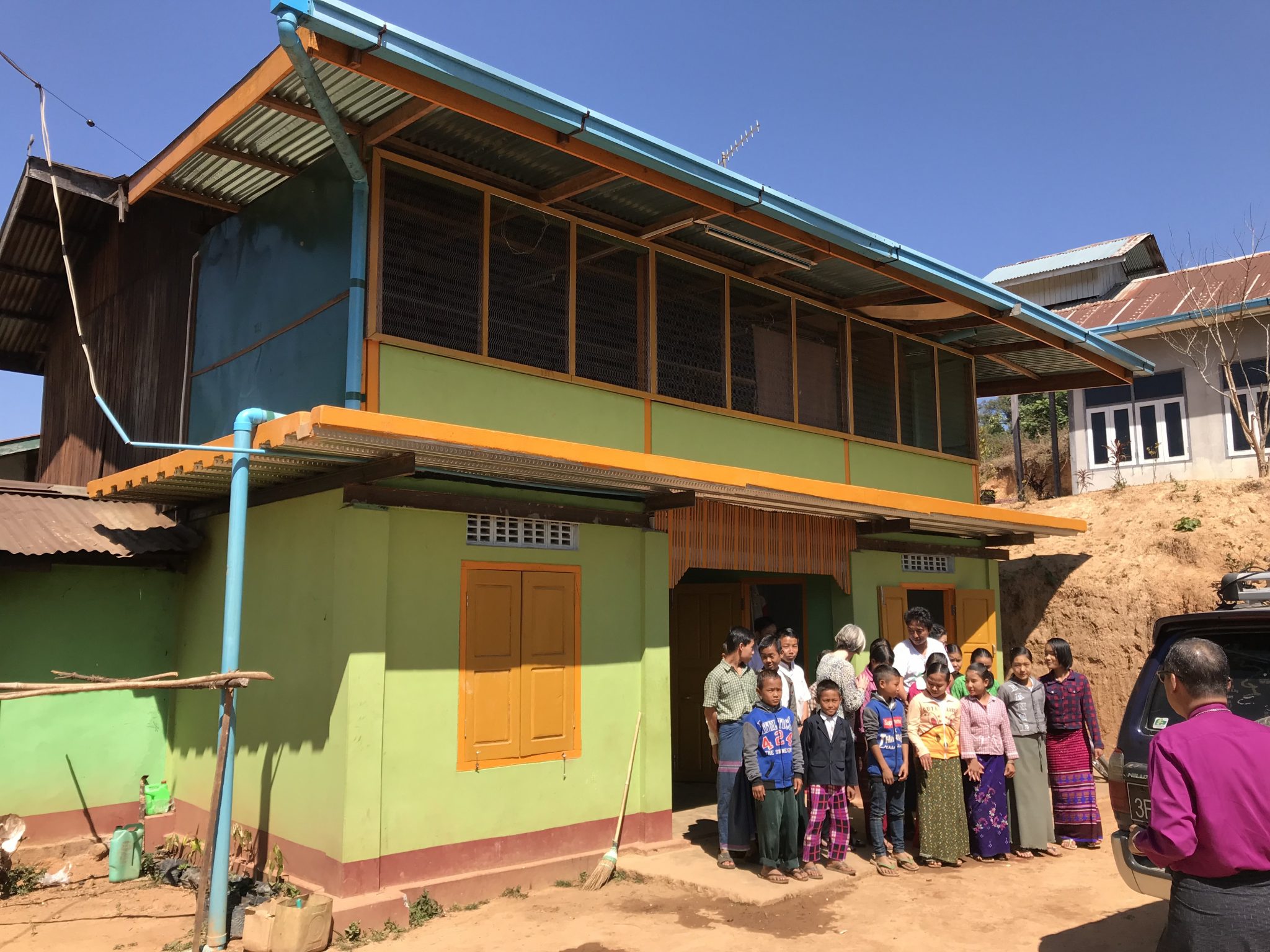 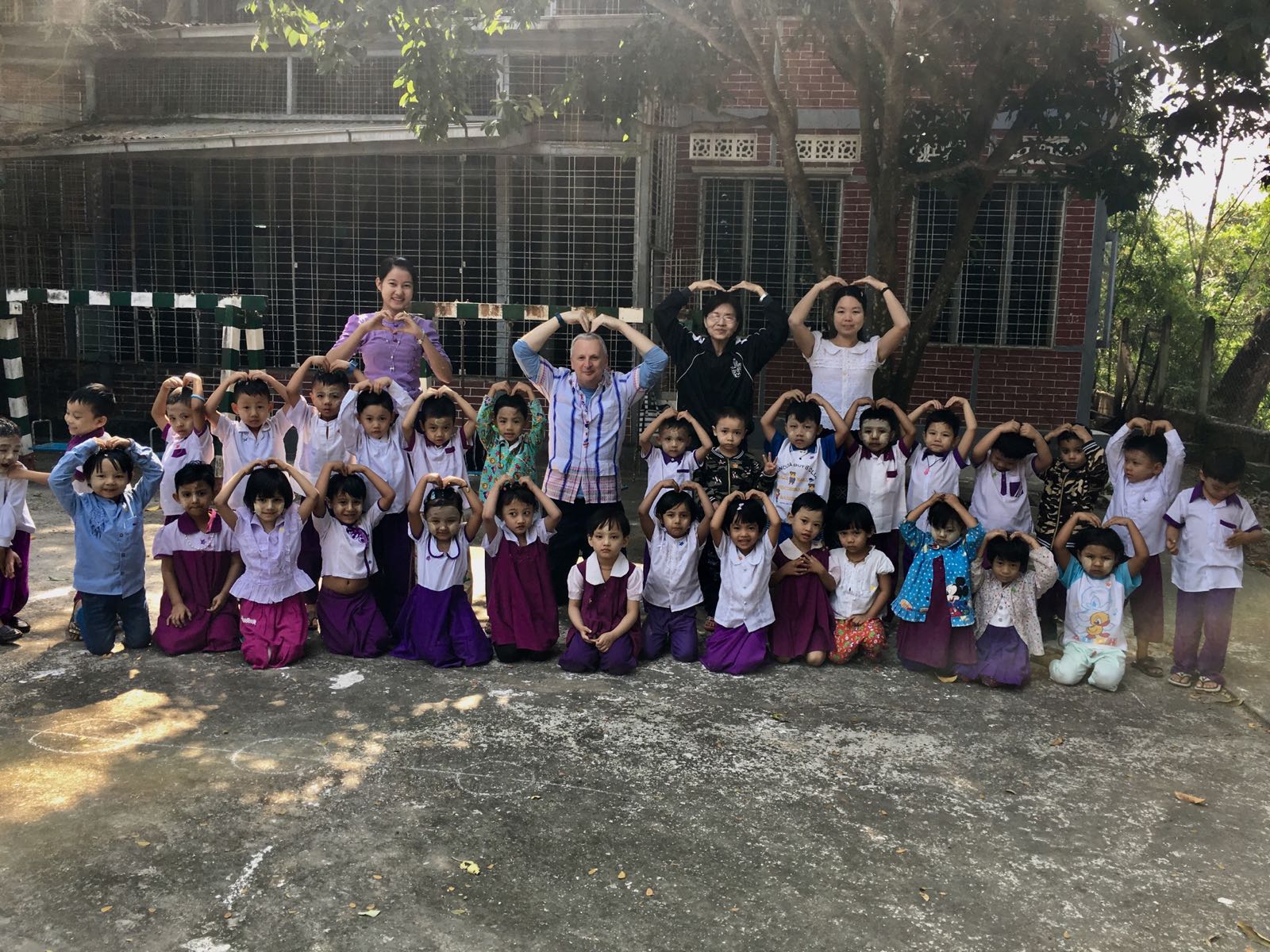 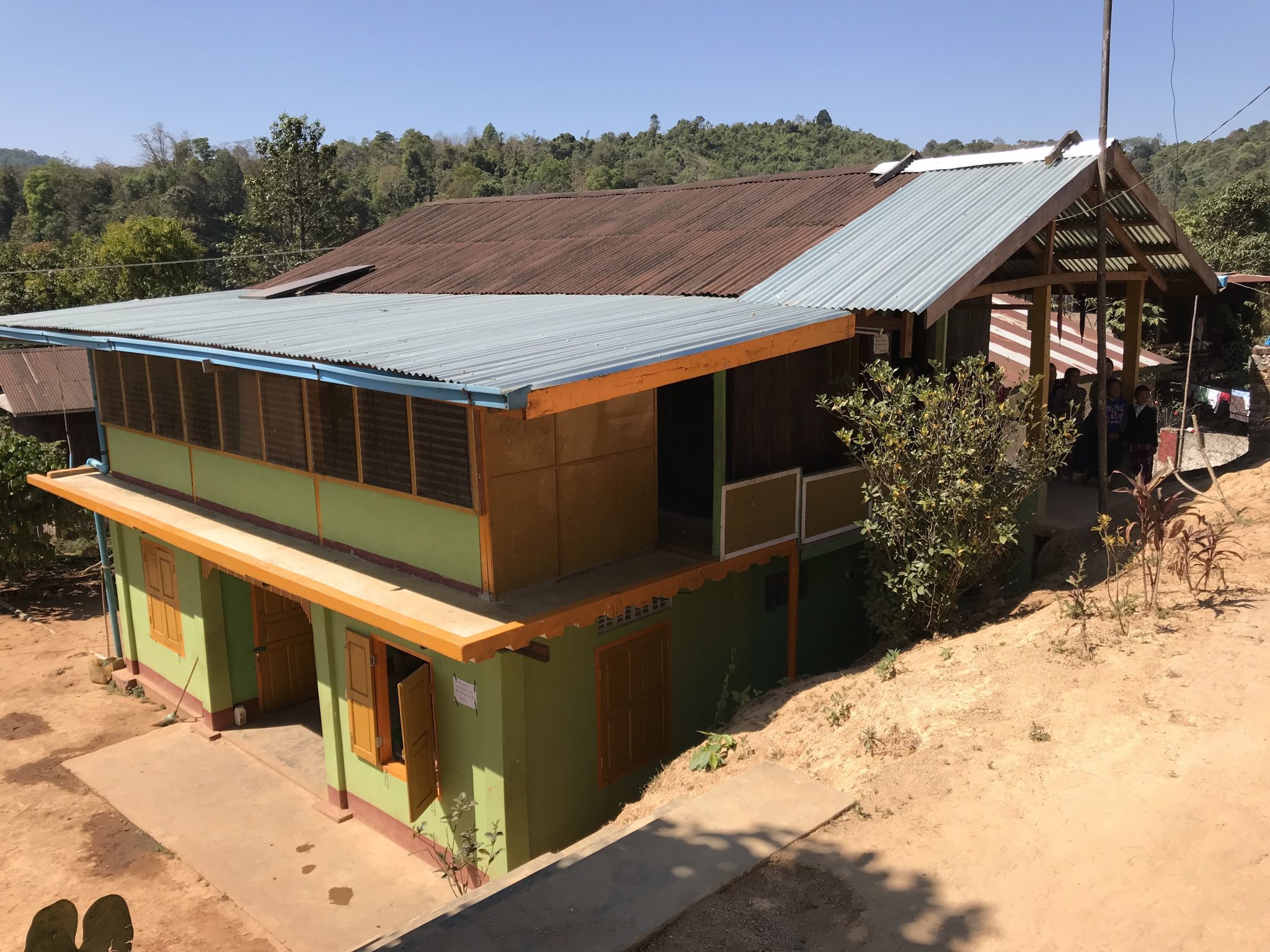