A city stay in… Vienna

Austria’s capital city is celebrating a couple of significant anniversaries in 2015 and for this reason, it’s popularity is even greater.

Emperor Franz Josef’s circular boulevard, ‘Ringstrasse’, celebrates its 150th year.  Surrounding the Hofburg Palace, ‘Ringstrasse’ has many notable buildings along its route, which includes the State Opera House, Parliament, City Hall and Kunsthistorisches Museum (Museum of Fine Art).  The Ring Tram offers a continuous hop on, hop off service for those who prefer to sit and relax whilst listening to the on board commentary. 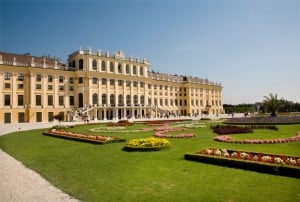 The world-famous Spanish Riding School has a much bigger anniversary in 2015; 450 years since its first written mention.  Tickets to watch Lipizzaner stallions perform an equine ballet to classical music must be purchased at least a month in advance.  It is also best to check before booking your city break that performances are scheduled during the time that you are planning to be there. Days and times vary dependent on the time of year.

Stephansdom (St. Stephen’s Cathedral) and SchÖnbrunn Palace, the former residence of the imperial family, should also be placed high on the places to visit during a stay in Austria’s capital of music and culture.  To maximise your experience of SchÖnbrunn, we would suggest an evening tour followed by dinner and a classical concert.  Tickets understandably sell out months in advance therefore pre-booking is essential.

The homes of Strauss, F.Schubert and Haydn can be visited, however their music is best appreciated at concerts performed at the State Opera, Hofburg or Musikverein. 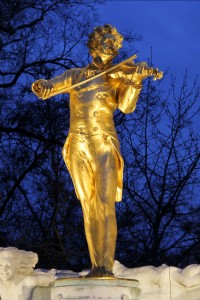 Follow the scent to one of Vienna’s famous coffee houses when in need of a much needed rest.  In the evening, we recommend sampling the local food and wine at a traditional ‘Heurigen’ (wine tavern).  No visit to this romantic imperial city would be complete without a whirl on the Wiener Riesenrad; an old fashioned ferris wheel that dates back over 100 years.